This week we are back in Birmingham for just a few days while we get stocked up,before we head down the Farmers Bridge flight of locks,and away.Old Turn Junction is an old canal crossroads where the Oozels Street Loop,The Newhall Branch and the Birmingham Main Line canals go their separate ways.The Oozels Street Loop is one of the loops of James Brindley’s Old Main Line that went to the coalfields at Wednesbury and then on past Wolverhampton,this bit here opened at the end of the 1760’s.The Newhall Branch is all that’s left of an arm that originally went to coal wharfs in Birmingham and,when it was completed in 1790,the Farmers Bridge Flight on the Birmingham & Fazeley Canal.To the South East the Birmingham Main line heads towards Gas Street and what was the Paradise Street Branch with more coal wharfs,it then joins the Worcester & Birmingham Canal at Worcester Bar.While in the other direction,heading North West,is Thomas Telford’s New Main Line that is straighter than Brindley’s,and bypasses some of the more winding bits before connecting back up to the old Main Line at Tipton.

After a couple of easy days opposite the Langley Malthouse on The Titford Canal we set off,on Wednesday morning,back down the six Oldbury Locks,onto the Old Main Line,down Brades Locks and back to Albion Junction on the New Main Line.Lisa and I wanted a few quiet relaxing days before we came here to Birmingham and Albion Junction fits the bill well.Only the trains heading backwards and forwards to Wolverhampton disturb the peace and quiet,together with the odd boat going past of course,but,after a while,you don’t notice the trains.We stayed there till Sunday morning before cruising the six miles or so to here,just past Sheepcote Street Bridge,alongside the NIA.We’ve moored close to here on a number of occasions now so it doesn’t hold any surprises.What is surprising though is the number of other boats moored here,a lot more than we’ve seen before.

Yesterday we got the train from New Street and went over to Trent Lock for a few hours.John and Sheila,off the good ship Water Ratz,are back from their holiday in Sri Lanka and we had some catching up to do before they head off on the next leg of their journey.We may catch up with them again later in the year,who knows.While we were at Trent lock we called in to the dockyard there to see Mick & John,the two brothers who created Chyandour for us.It’s good to see that they are both well and working hard,their next creation,Vixen,is getting nearer to completion.

Since our last blog we haven’t really done a great deal so I’ve not got much in the way of photo’s for this week but I did take a few pic’s around the pools at Titford and down the Oldbury flight. 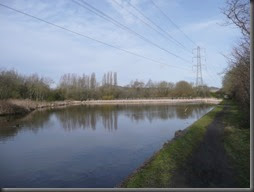 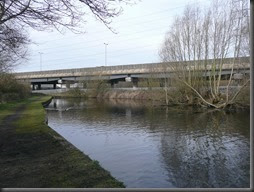 The end of the Portway Branch at Titford Pools on the left,this view is after going under the M5 bridge,I didn’t take Chyandour so I’m not sure if it’s navigable.This branch went to  the Newbury Lane and Churchbridge Collieries.The end of the Causeway Green Branch with the M5 in the background,again I’ve no idea of the depth of water.This branch went to the Lower Holt and Blackbar collieries,both of which were disused by 1890 . 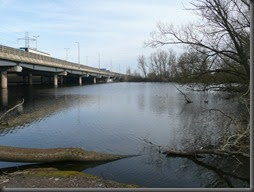 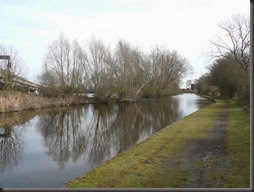 Another couple of shots of the part of the pools.There are footpaths all the way round.The one on the left is of the original canal reservoir. 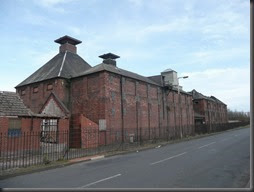 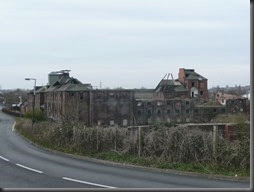 Langley Maltings from the road,you can see the damage done by the fires that have been set in the buildings.It’s such a shame,I guess they will eventually be demolished.More beautiful industrial architecture lost. 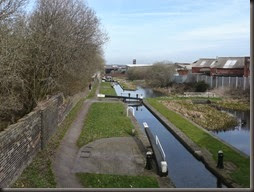 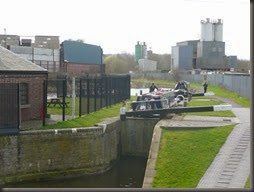 A last look,for now,down the Oldbury Locks,boatmen called the locks “The Crow” after James Crow,the overseer of an Alkali  works that was alongside the locks and which had a short canal arm,called the Crow Arm,to the works between locks 4 and 3.There we are with Fenakapan working through the top lock. 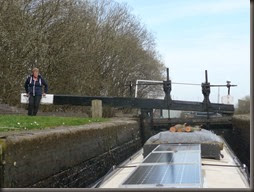 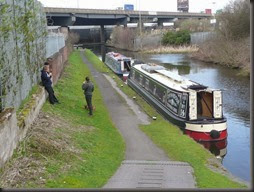 Lisa putting her back into it on one of the locks,they were easy locks to work.Lunch at the bottom with a well earned cuppa and the junction with the Old Main Line and the M5 motorway bridge ahead.

That’s all again for this week folks.Since last Monday we have done 11 Miles and 9 Locks,that gives us a Grand Total of 616 Locks and 1079 Miles since October 2012.Take care everyone.